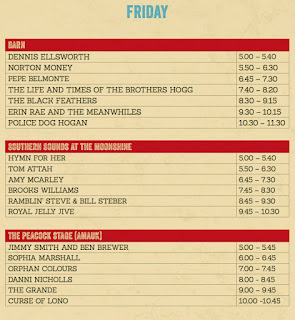 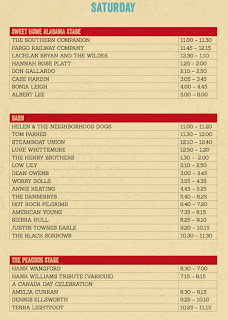 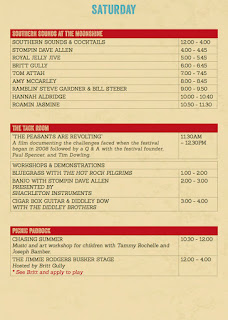 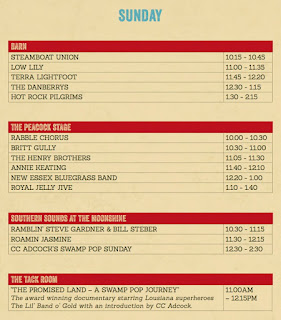 As its annual mid-summer gathering hits double figures, the Maverick Festival senses little need in tinkering with a formula that has served folks well for the last nine years. The milestone for a festival proud to boast in its title of being a little different has been reached on the back of carefully selected headliners and an undercard as strong as you will see from like-minded festivals. This year’s renewal once again returns to its steadfast home at Easton Farm Park in Suffolk and takes place across the weekend of Friday 30th June to Sunday 2nd July.


Following the press launch and subsequent roll out of around forty scheduled artists, the two names which particularly caught the eye were US performers Justin Townes Earle and Sierra Hull. The latter is appearing on the back of sparkling credentials in terms of a Grammy nomination for her latest album WEIGHTED MIND. Although Sierra has been a seriously acclaimed bluegrass artist since her prodigious childhood days, she is still a sense of discovery here and the headline performance slot at Maverick will go a long way to revealing what makes her special. In contrast Justin Townes Earle has been well within the peripheral of the horizon since first seeing him play live to the mass sum of eight people in Worcester in 2008. Obviously his standing here has vastly increased over the subsequent years with several tours and album releases. You never know what style to expect from Justin and he is, in the truest sense of the word, a maverick.

While we are in the geographical region of the dozen or so American acts booked for this year, it is worth pinpointing two who jumped out from a personal perspective. Don Gallardo is no stranger to the stages of Easton Farm Park and really made a strong effect two years ago when he toured his fabulous album HICKORY. New York based Annie Keating may possess a different sound to Don’s southern flavour, but the UK has long been on the horizon for this multi-recording artist. This year’s tour including the Maverick Festival presents Annie with an extended opportunity for folks to find out why her music has been received so well in reviewing circles on both sides of the pond.

Frequently Maverick falls either on the national days of America or Canada. This year’s Saturday is July 1st and three artists from north of the 49th parallel can celebrate their homeland’s special day in the rural surroundings of deepest Suffolk. Two make their Maverick return in the guise of Maritime natives Dennis Ellsworth and Amelia Curran. If you were fortunate to be at Maverick in 2013, a key highlight was the Peacock Café performance by Dennis with the hastily assembled house band. The success of this was celebrated in an end of year reflection which placed the event in the Top 10 Festival Sets of 2013. Amelia will be accompanied by her stunning new album WATERSHED which has taken her music to another level in terms of sound and an ability to expose the stigma of mental health via such highly crafted songs. Terra Lightfoot is the third Canadian on this year’s bill and her rockier sound will ensure that tranquility is not the sole domain of these quaint surroundings.

Apart from a couple of Aussies and an Irishman, the bulk of the remaining artists are home based and once again represent a combination of festival regulars and much welcomed newbies. The two most anticipated in the latter category are Dean Owens and Hannah Rose Platt. Hannah is finally beginning to get the live bookings that her excellent 2015 album PORTRAITS warranted especially from events, organisations and venues that specialise away from any mainstream pretensions. Likewise Dean Owens is in the midst of getting more exposure, and this has been particularly buoyed by frequent jaunts south of the border with his superb latest album INTO THE SEA in tow.

Another act making their Maverick debut is the Worry Dolls and this appearance is part of a busy year of shows laid out to promote their debut album GO GET GONE. At the other end of the age scale resides HankWangford; another artist who ensures the festival remains maverick both by name and nature. Joining Hank in the seniority stakes will be legendary guitarist Albert Lee, proving that virtuoso musicianship is never far away when a host of fine artists head down Suffolk way in early July.

Maverick Festival regulars will need no introduction to the return of Police Dog Hogan after missing a couple of years. Whether they are outside stage, Peacock Café or Barn scheduled, likely to be the latter on past evidence, a good time is sure to be had by the assembled gathering. The BlackFeathers and Case Hardin are also fine examples of top British acts to sufficiently impress to be asked back, Both has been around for a few years, have high quality albums in their catalogue and are sure to put on a good show. A final UK artist worth mentioning is Luke Whittemore who ventures down from his East Midlands stronghold and possesses a style of music that will go down well with a wider audience in a festival setting.

Inevitably any slightly summarised festival preview will probably omit performers who may proceed to be the stars of the weekend. This is the beauty and mouth-watering anticipation of any multi-artist gathering, so remember to check back for the post festival review to see if any names missed here sprang to prominence over the weekend. While there is little doubt that the tenth anniversary of the Maverick Festival will be another success, this landmark gathering does permit a small amount of self-congratulating and reflection on all the fine artists who have graced the event since 2008. It has been an honour to attend seven of the previous nine festivals and whether you are a Maverick veteran or a potential debutant, the existence of these many return trips gives a major pinpoint of why the event is fast becoming a stalwart of the UK roots and independent music scene.

Don't forget to check out the artists' gig and album reviews linked.

Artist line up accurate at time of publication.

FOOTNOTE: Unfortunately Amelia Curran has had to cancel her UK tour and thus an appearance at the Maverick Festival.

Check out some past Maverick Festival reviews: