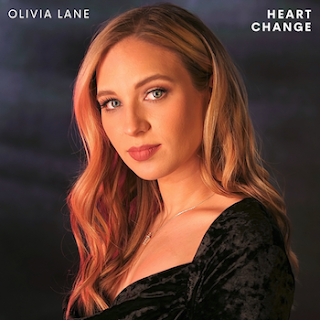 A rare dip here into the world of pop country that admittedly operates in a different stratosphere than in the early years of the new millennium where the sounds of that strand were more to the core of a listening landscape. Through the duration of her eleven-track strong new album, Olivia Lane controls the zone well to deliver a record right on the mark of intent. HEART CHANGE sees this Houston native based in Nashville since 2013 hone her writing skills with a wide bunch of contemporaries to channel personal changes that reflect in the title. Though the vocals serenely permeate the album's air space in all forms, they prosper more in the tempered moments where the band plays a subtler role. 'Woman in the Well' is the best example of this closely followed by closer 'Break' and revealing number 'I Let the Devil In'.

The standout moment from an album that coasts along in an unashamed bout of modernity framing a sound primed for a prescribed market comes early doors in the opening track 'Same Old Story'. The structure and ease to which the song glides from story conveyor to open ears plants a desire to hang in to see if this formula can be replicated. Over a thirty five minute timescale you never lose sight of where the artist wants to take you and you feel every bit of glowing emotion emanating from the penultimate track 'Lois Lane'.

In a complex world of music from seemingly compatible sources expressing a wide range of moods and features, there is a slot for artists like Olivia Lane to pitch their worth. HEART CHANGE makes a valiant effort with its bright and breezy outlook even when themes may be deemed worthy of a different feel. On one hand the album displays a freedom to wander in any direction, yet on the other you know it is being marshalled for maximum effect. There is a bout of positivity ensuring any time found to return to listen again will enrich and re-energise a music listening journey. 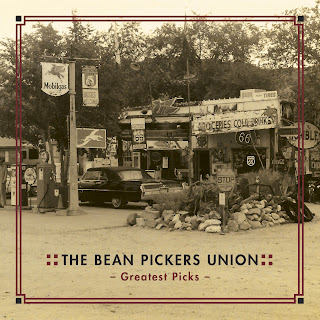 First up a striking band name and album title is always a good start when being introduced to new music. Without splitting hairs, this band won't be new to folks tracking their progress since a 2007 debut release and this is new music only in a fractional sense. Yet the package put together by The Bean Pickers Union is a smart move as acts think about how they prosper and flourish in the new world. GREATEST PICKS (drum roll for the pun) is a jam packed album tracking well past the hour mark comprising of fourteen carefully selected picks from the band's four previous albums and a signal for the future in the guise of a quartet of new songs. This healthily stocked eighteen strong collection can effectively be twin billed as a greatest hits and EP combo. A win-win for all parties as the initiated can enjoy the future and decide whether the picks are agreeable, while the rest of us get a full flavour of a band hailing from the New England corner of the United States.

The Bean Pickers Union are essentially a loose amalgam of players occasionally assembled by Chuck Melchin to make a record and play some music. Although the name didn't immediately ring a bell, a little delving mentioned him as being behind Los Brujos, an act that got some review love in the last months of 2020. The term pickers did suggest a more roots-based offering before discovering that the Union are more like a straight up alt-country rock band. Proof to listen first before judging.

Like many innovative independent artist nowadays, The Bean Union Pickers use the BandCamp platform so there is no excuse for at least having a few tasters before deciding that this is the band for you. In the time afforded to post some findings, focus was directed towards the new material which all saw an extension of what the band do well in their back catalogue. 'Bullet Proof Man', 'I Am James' and 'Amy Jean' all reach out in the same vein with sizzling guitar mixing alongside driving keys to roll out a trio of productive rockers. The vocals tend to operate in the background with a smoky haze to them. They even tilt into a slight realm of psychedelia in the tamer final track 'She'.

Elsewhere you can use the GREATEST PICKS to sample the four previous albums from 2007, 2012, 2017 and 2019 respectively or use it as a conduit for a deeper dive into the work of The Bean Pickers Union. As always the choice is yours, make it wisely and informed.