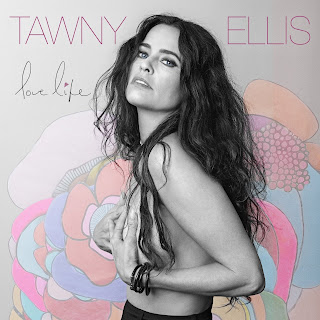 www.tawnyellis.com
Tawny Ellis comes across as a pop-rock vocalist that breathes an air of familiarity, although it has to be hastily said in a good way rather than one of lazy replication. You get the added feeling of hearing this album before as it heads down a well-trodden path of accomplished middle of the road adult contemporary songs. Yet despite these formulaic traits, there is always room for albums of this ilk at any prescribed interval. In the summer of 2020, there is every chance that LOVE LIFE can be that go-to spin providing an element of familiar comfort when solace in music is sought.
The vocals of Ellis will match the expectation of those who feast on bouts of near perfection and prefer a natural tinge that has no need to hide any degree of imperfection. Her talents extend to a prominent hand in the origin and construction of most of the ten songs on the album, a notable exception being a cover of Steely Dan's 'Dirty Work' acting as the album closer. She is also an operator of considerable experience with five full length albums in the locker alongside a couple of shorter releases. A little research indicates a greater tip to her southern roots in previous recordings. However, this one firmly hangs its hat in the annuls of classic California with all the association of that famed suburb in the canyons that cornered the art of songwriting many years ago.
There is an even sided feel to LOVE LIFE that will likely lead to any preferred track taking its time to raise above the parapet. View this as a high level consistency where you don't tire of the exploration, or just a simple listening experience if you desire a relaxed approach to this record. At a stretch the most profound mark is left in the penultimate track where 'Daddy' moves off script to divert proceedings down a more poignant route and into the arms of a tough reminiscing piano ballad.
Tawny Ellis has moved the dial of her career along a little further,  unveiling a sophisticated release exploring the deep channels of mature song writing and delivery. Ultimately, LOVE LIFE is an album engaging with excellence at each turn.
Posted by David at 19:54