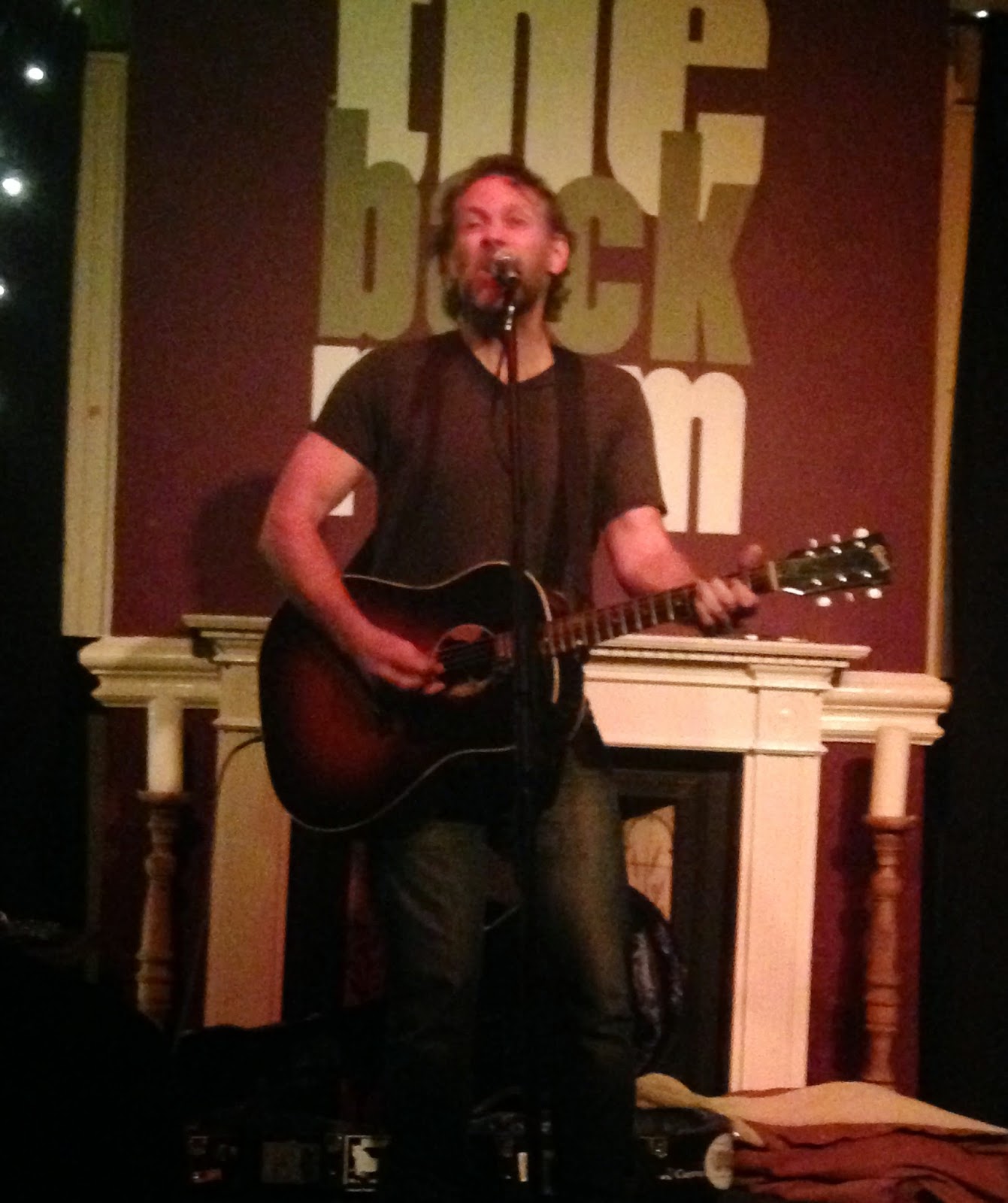 He may be an established member of the UK international touring circuit but Rod Picott never loses the blessing of someone who came to full time musicianship later in life than the usual career trajectory of a recording artist. With a personal milestone anniversary on the horizon, Rod still retains the passion of taking his music, songs and stories out on the road and the knack of connecting effectively with his audience. In the last dozen or so years the records have flowed consistently from the guitar and pen of Rod, successfully maintaining their quality and ensuring that his set lists can accurately represent the full span of his recording career. This evening’s show in Lichfield followed this winning formula leaving a probably already committed audience content with their 2014 live fix of Rod Picott.

Staffordshire based promoters Hot Burrito were on fairly safe ground having booked Rod on three previous occasions, although they experimented this time by being forced to leave their idyllic usual village hall location for a more conventional semi urban venue. The back room of the George IV pub in Lichfield was packed to its limited capacity reflecting a turnout many promoters would be grateful for and creating an intimate environment that met the full approval of Rod. As is normally the case where no support is available, the main act spread their sets either side of a lengthy break and those present had far more exposure to Rod Picott than when he last visited the area. Twelve months ago he was slightly overshadowed by the Wild Ponies who excited many with their debut UK gigs and this year’s touring schedule gave the promotion the opportunity to book separate dates for them.

So armed with a bunch of albums including his latest 2013 release HANG YOUR HOPES ON A CROOKED NAIL and a clear run, Rod utilised every moment of his time in the spotlight to remind everyone how entertaining an evening mixed with fine music, song and tales can be. Although a few of the stories were familiar from last year, the expansion of time on this date allowed several additional ones in particular the family heritage link to ‘Tiger Tom Dixon’s Blues’ and his own personal residential experience in ‘Mobile Home’. Of course a Rod Picott show always has the possibility of referencing two other popular artists associated with him over the years. The mutual and harmonious break up with his ex-partner Amanda Shires is documented in ‘Might Be Broken Now’ and his solitary happy song ‘Angels and Acrobats’ has the distinction of being recorded by both artists on individual solo records. 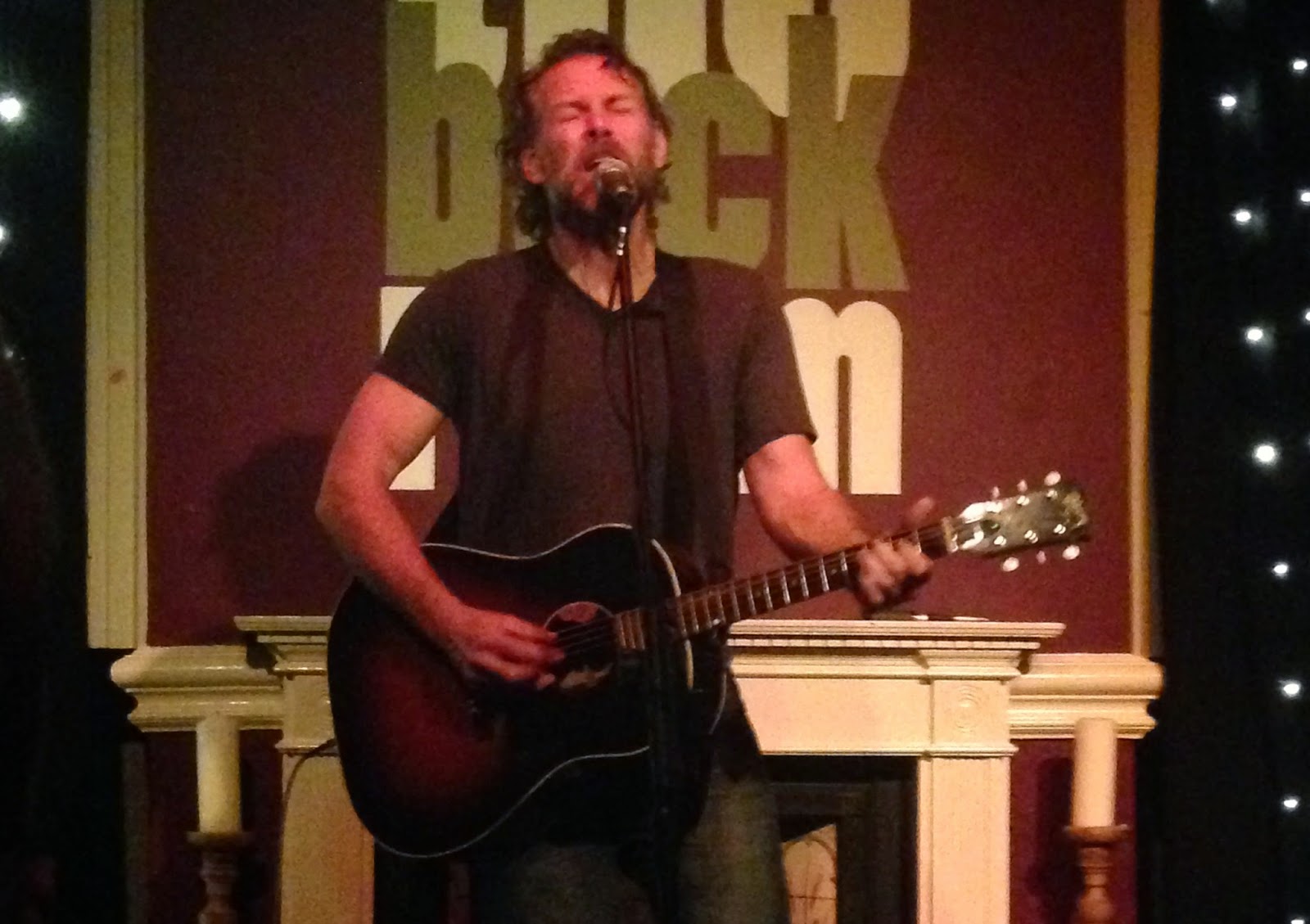 The other artist close to Rod is his good buddy Slaid Cleaves and it was good to hear their co-write ‘Broke Down’ especially has Slaid has seemingly taken a break from touring this country. This song had all the credentials of being the evening’s stand out number, although he launched the show with a couple of his classic industrial inspired compositions, ‘Welding Burns’ and ‘Rust Belt Fields’. While travels around the country have been necessary to promote his career including a stint in Nashville, where an association with Alison Krauss created opportunities, it is the industrial north east and his many years of hard labour that has influenced much of his writing. Recollections of his upbringing in South Berwick, Maine were extensive leading into songs such as ‘Where No One Knows My Name’.

The preview of a new song hinted that the frequency of Rod Picott albums may be maintained in the future and the closing moments of the evening saw a version of ‘Nobody Knows’ in tribute to a faithful UK friend unable to attend shows on this tour due to personal difficulties. It is this attention to touring detail that has served Rod well in the past and the likelihood of him continuing to visit us long into the future. An artist who maximises their talent and develops an affinity with their followers gives themselves a fair chance of succeeding and Rod Picott continues to rejoice in the path he has chosen.

Email ThisBlogThis!Share to TwitterShare to FacebookShare to Pinterest
Labels: Americana, Folk, US