Carrie Rodriguez - Give Me All You Got Ninth Street Opus 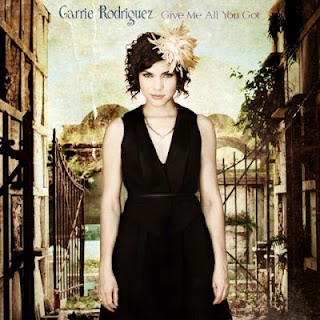 The stock of Texan artist Carrie Rodriguez is set to rise as she continues to reap the benefits of her rich musical heritage and the influences she has been exposed to. After a period of interpreting the songs of others with 2008’s LOVE AND CIRCUMSTANCE  and the 2011 duet EP with Ben Kyle WE STILL LOVE OUR COUNTRY, Carrie has re-ignited her song writing skills in this eleven-track new release, the Lee Townsend-produced GIVE ME ALL YOU GOT.


The exemplary fiddle work that has been the signature sound of Carrie since the early days of her classical upbringing is still very much in evident as she continues to explore the world of Americana music with a host of talented collaborators. As per usual, her mentor, the legendary Chip Taylor (Wild Thing, Angel of the Morning), continues to be a guiding light for Carrie. As well as supplying a brace of his own compositions’, he assisted Carrie in the writing of the two opening songs, which help shape a very strong album. The first of these ‘Devil in Mind’ is a trademark Carrie track adorned with her delightful fiddle complementing the sultry vocals. The song appears later in the album in instrumental format with an arrangement that adds value to the original and is no mere filler.
Some of these new songs were previewed during Carrie’s set at last year’s Maverick Festival when she toured with her latest musical sidekick, Luke Jacobs who plays a prominent role in this release with his co-writing and versatile guitar skills. One of these songs, ‘Lake Harriet’, left a positive impression and its recorded format is the record’s finest track with a snappy introduction and infectious beat. The fact that this is a solo-Carrie composition bodes well for the future self-confidence in her song writing skills. The country credentials of this song are apparent, albeit the subject is a Minneapolis tourist spot, not your usual southern inspired location. 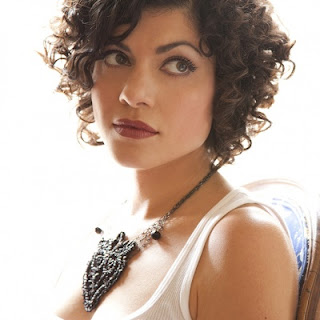 Carrie’s previous collaborator Ben Kyle has penned the tender ballad ‘Get Back in Love’ that is part of a trio of slower numbers which hold the middle section of the album together alongside ‘Tragic’ a co-write with Luke Jacobs and Chip Taylor’s ‘Cut Me Now’. The latter having an increased electric input into its sound. The penultimate track ‘Brooklyn’ is an autobiographical piece heavily featured in the press release and it being a co-write between Carrie and Luke re-affirms the potential in this pairing to develop their song writing partnership. This continues in the reflective old time feel duet number ‘I Don’t Mind Waiting’ that brings the album to a suitable conclusion.
It’s a very positive sign that Carrier has returned to writing and this compilation of original material is the perfect opportunity  to re-establish her as a prime artist in the Americana movement who is extremely active both sides of the Atlantic. Some UK dates are pencilled in for the second part of 2013, so in the meantime set aside some time to enjoy this album from one of the young leading lights in country, roots and Americana music.

Email ThisBlogThis!Share to TwitterShare to FacebookShare to Pinterest
Labels: Americana, US