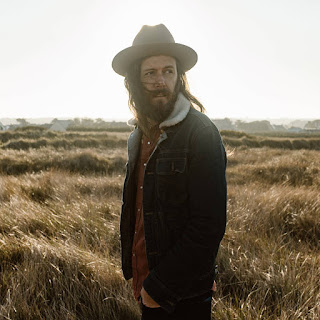 "I found a piece of heaven and I wrapped it in a cloth" opens the final song on this album and the relief starts to flow. There are snippets of light throughout the eleven tracks adorning Steve Wallis' debut album, but brace yourself for a tough cookie of a record. Tuned minds will buy straight into the ethos of NOTHING STAYS THE SAME WAY FOR LONG and revel in a batch of stripped down songs drenched in road weary pin drop appeal. Folk and Americana fans know that sad songs reign supreme and Steve Wallis submerges into this psyche straight from the opening solemn bars of lead off track 'The Loneliest'.

To share some context behind this album, Steve Wallis is an exiled Australian who relocated to Europe nearly a decade ago. Whether he writes from experience or a rich imagination, we do get one location piece and a rather sombre view of 'Amsterdam'. This song is straight from the Townes Van Zandt playbook, blue all over and ripe with a stellar melody. Just when you think that the inspiration may all come from the past, a contemporary association springs up and constantly re-occurs. In the piano-led third track 'Her Name', a resemblance to Hayes Carll is detected in the voice. A connection repeated later in 'Waiting for Someday'. Just one final likeness before focussing on what Steve Wallis excels at is a writing style and structure similar to Danny Schmidt. This can be found first in the harmonica sprinkled heart aching song 'Mary'. Associations are no bad thing when striking out for new audiences.

Getting lost in the lyrics is a good place to be. We learn of a casual troubadour acquaintance in 'Blue Eyed Annie' and things get all metaphorical and reflective in 'Little Pearls of Water'. A common trait of all eleven songs is a similar low beat style providing space for the main event of one person and their guitar to shine. There is a little more instrument input in 'The Wolf' including a snatch of violin to paint a mournful image.

Those in tune with Steve Wallis feel empathy right to the lowest point of 'Starting Tomorrow'. Don't get too hung up on the theme, you know the saying 'sad song = happy person'. There are some subtle moments of a brighter disposition and the last line of 'Now I Don't' can be interpreted as such. Earlier in the song debate swings from defeatist to realist.

The final song on this album is the title track. 'Nothing Stays the Same Way for Long' breeds hope and offers a hint of positivity. Like its ten predecessors, the writing is top notch and delivered to the listener on an assumed one-to-one basis. Perhaps that is the Steve Wallis niche, an innate ability to communicate with focus and single intent.

Steve Wallis writes tenderly, sings achingly and laments longingly. NOTHING STAYS THE SAME FOR LONG is high on melancholy, while refreshing for the soul. A style is nailed and a star in born.