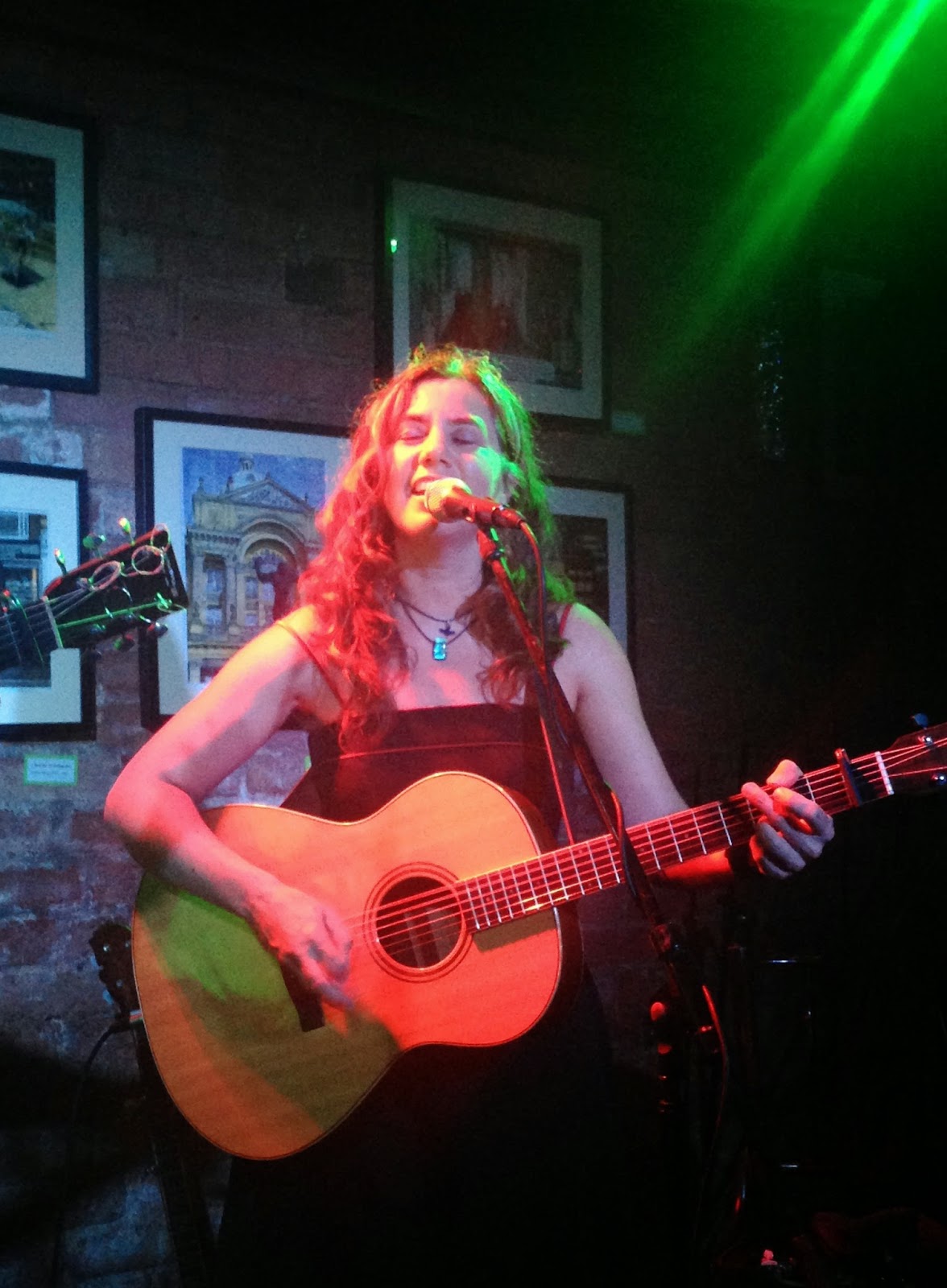 At her best Cara Luft can be a lively performer but the injection of an extra refreshing bout of exuberance made her return to the Kitchen Garden Café a truly memorable occasion. Her link up with fellow Winnipeg artist JD Edwards appeared to be the source for this rejuvenation, although Cara continues to cultivate her passion in cross Atlantic collaboration with the renewal of association with English folk singer Bella Hardy. The pair will be hitting a select few UK venues later in the year but for now it’s her work with JD taking centre stage.

With a combination of old, new and a trio of JD Edwards songs to be aired, the format for the Café this evening reverted to a no support-twin set show and the well- attended venue, containing many familiar faces to Cara, was treated to an entertaining night of stories, songs, fine musicianship and a little impromptu humour. Right from the start, Cara couldn’t contain the delight of the link up and the pair is well down the route of recording a new album which should hit the UK market in 2015.

On an evening which was based on heralding the new, Cara eased into the show with a series of her popular old songs and got everybody singing three numbers in with the lively ‘My Darling One’. The DARLINGFORD stories were toned down tonight although it’s impossible to introduce ‘Idaho’ without Cara mentioning the picture of GW Bush while favourites like ‘No Friend of Mine’ and ‘Only Love Can Save Me’ need little introduction. Other popular songs to feature were the traditional duo of ‘He Moved through the Fair’ and ‘Black Water Side’. 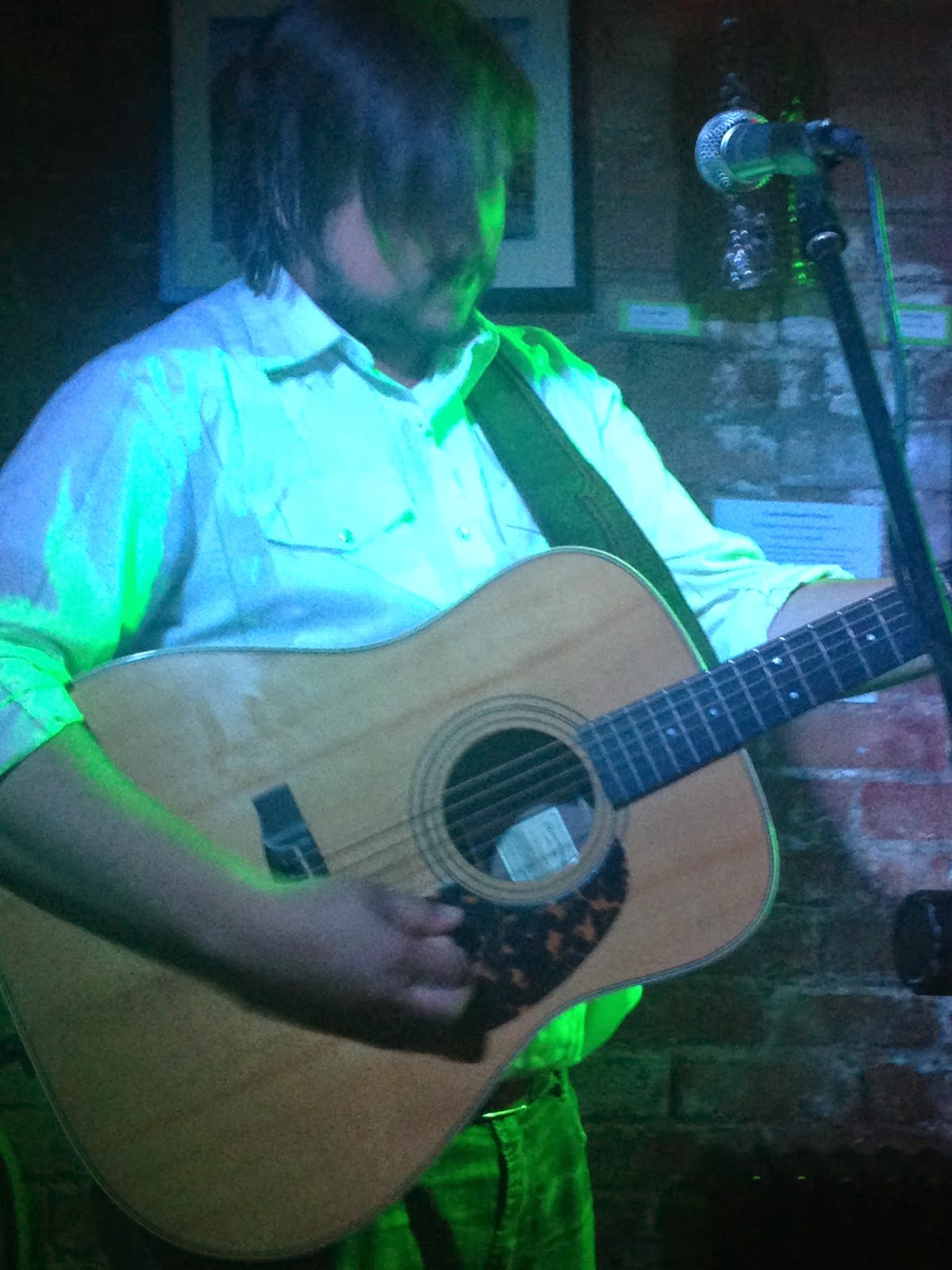 At this point it’s worth mentioning the string expertise of Cara on both guitar and banjo with JD excelling on guitar, harmonica and backing vocals in primarily a support role on these older numbers.  However it wasn’t too long until he took the spotlight with the rendition of three originals either side of the interval. While ‘Had I Paid’ and ‘Old Garage’ came across well, it was the background and delivery of the haunted tale ‘The Stranger’ which had had the most profound effect. Being informed that he fronts the JD Edwards Band back home in Winnipeg with a folk rock tinge to them was of little surprise after listening to the slightly worn vocals which coated each song with smothering of urban grit. The adaptive nature of his vocals was impressive as sufficient restraint was needed to work in the Café’s intimate surroundings.

In what was rapidly developing into a duo show, the influence of JD breathed new life into the Wailin Jennys song ‘Something to Hold onto’ and he worked in a Woody Guthrie number late into the second set with a version of ‘Way Over Yonder’, one of the Guthrie tracks resurrected by Billy Bragg and Jeff Tweedy. Cara herself introduced an historical element into the show by explaining her passion for Sacred Harp (or Shape Note Singing), explaining it to an inquisitive audience and demonstrating it through merging a couple of songs – ‘Wondrous Love’ and ‘The Traveller’. 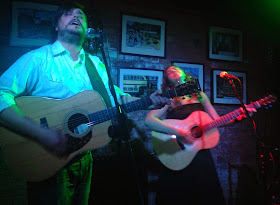 Three of the new songs introduced during the evening were ‘Fast Turning World’, the Bella Hardy co-write ‘Time Wanders On’ and the striking encore number ‘Home Song’. Cara was quite poignant in introducing this final song as it reflected her current habitual status of not quite having a base but blessed by the warm acquaintance that she has in many towns across the seas. With it now being a couple of years since Cara first toured with her latest record DARLINGFORD, it is an exciting prospect to know that she is likely to return next year with a shiny new release.

Since her days with the Wailin Jennys, which is quite a while ago now, Cara Luft has had a lengthy love affair with UK audiences. This seems set to continue and is certainly reinvigorated with the tie up with JD Edwards. The Kitchen Garden Café heralded an old friend and made a new one in the same evening.